For our March Irish whiskey tasting we were fortunate enough to have a number of classic Irish drams contributed to our selection. To review these appropriately, and in true Irish fashion, I’m splitting the notes into three sections…

We started the night off with a trio of Bushmills whiskeys, which you can read more about on the Bushmills tasting notes. The summarised version is: 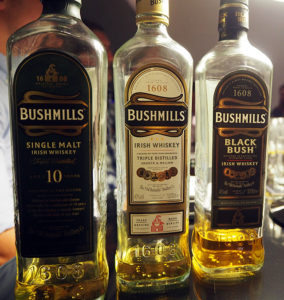 Bushmills Original – this was considered to be a great entry level dram, perhaps even more enjoyable than many of the Scottish entry level whiskies. It scored an average 6.3 out of 10.

Bushmills 10yo – sweet, smooth and more complete than the original, this great dram scored an average 6.9 out of 10.

Bushmills Black Bush – although there were nice notes of sherry, the flavour disappeared quickly and it wasn’t quite comparable to the 10 year old. It scored an average 6.5 out of 10.

Next we were provided a bottle of Small Batch by Teeling Whiskey.

To the nose, this had a soft and subtle sweetness, almost like the faint hints of perfume. What carried across to the palate was a smooth honeyed sweetness with hints of saltiness that gave the flavour some punch. On further drinking you can start to pick up soft spices, vanilla and a careful dry finish. 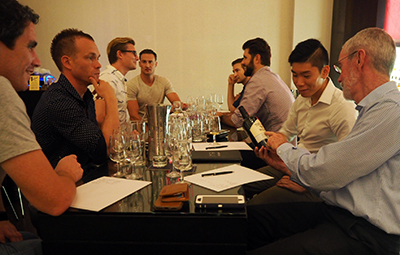 While this may not be the greatest whiskey on the shelf, many felt it was incredibly drinkable, especially considering the price point, When a distillery has great things to offer from the lower end, you can only feel compelled to try the next dram up the ladder.

It was definitely an interesting dram with a strong flavour profile right from the start. It scored an average 6.3 out of 10. 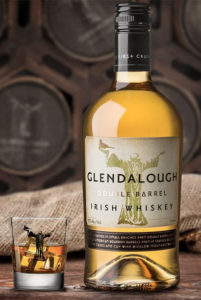 Moving on to something new and different, Glendalough is one of the newer Irish distilleries that’s been making a mark. The Glendalough Double Barrel was a very smooth, soft drink with an incredibly creamy texture on the tongue. There were interesting notes of wood and caramel, almost herbal in the way they come together, but a drop of water opened up the sweetness.

It was a very well rounded whisky with subtle sweetness and a dry finish. Whisky is obviously subjective to individual tastes, as while some fount this to be a well rounded dram, others still thought it was too rough. 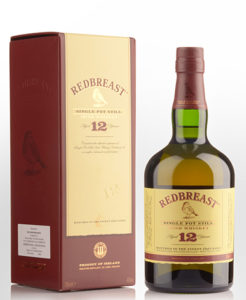 Finishing off on what’s often considered an old favourite amongst Irish whisky drinkers, we treated ourselves to the Redbreast 12 year old. True to its reputation, this was easily the pick of the night.

To the nose there were hints of honey and liquorish which followed through in a smooth, creamy textured tipple with faint sweetness. This is one of those drams that warms your chest on a cold night.

Hopefully from this you’ll now have some idea of what to drink come St Patricks Day.