With the arrival of March comes an international day of celebration almost everyone knows; St Patrick’s Day. In keeping with the traditions of the holiday for our monthly tasting night, we brought together a wonderful selection of Irish Whiskey showcasing the increasing variety of Irish single malts. In usual fashion the whiskeys will be listed below in the order of tasting throughout the evening with accompanying tasting notes. 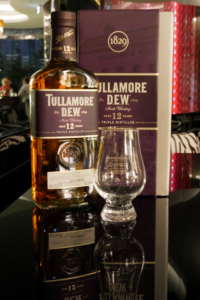 Starting the night with an Oloroso Sherry Cask dram coming in at 40%ABV; this was popular with members with consistent scoring for the smooth consistency and full flavour.

Scoring a high average of 6.8, it proved a solid starting point for the evening.

On the nose are notes of spice, toasted wood, and vanilla. On first sip, this develops into a smooth and full woody undertone on the palate with a sweet oloroso flavour and a hint of spice. 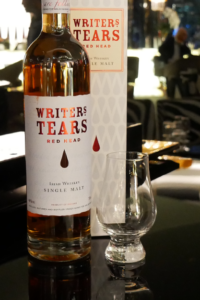 Following the strong start from Tullamore Dew is another Oloroso sherry cask whisky coming in at a higher ABV at 46%.

Again this was a fairly consistent and well-liked whisky also scoring 6.8 overall.

Contrasted to the Tullamore, The Red Head is fresh and fruity on the nose arousing aromas of apples, sultanas, and tropical fruit. A smooth and medium-bodied mix of fruit and spice on the palate with very subtle notes of the sherry finish.

The Whistler 12yo Triple Oaked 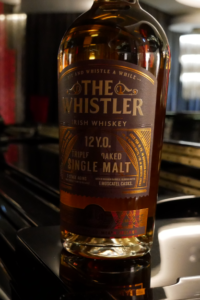 Staying at the 46%ABV mark, the Whistler was quite bold and surprising. It was felt that on a blind tasting, it would not be a surprise for most to pick it as a scotch rather than an Irish whiskey. The triple oaked ageing process definitely added to the complexity; this 12yo is aged for 10 years in ex-bourbon barrels with 1year in Oloroso Sherry and a final year in Portuguese Moscatel casks.

Raising the bar, it scored an average of 7.4

On the nose are vibrant aromas of tropical fruits, mangoes, pineapples, and pear. In contrast the palate has a bold body with a blend of dried fruits from the sherry and tropical notes due to the muscatel which work together creating a lingering complex flavour of sweetness with hints of spice and a dark fruit finish. 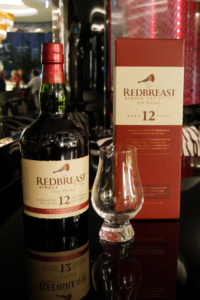 The fourth whiskey of the evening was a well-known classic and a favourite of many members. In hindsight, it might have been better to feature this one earlier in the line-up due to stronger notes of the Writer’s Tears Red Head and the Whistler 12yo.

Sitting at the standard 40%ABV the Redbreast still scored high with an overall 7.2 amongst those present.

Another ex-bourbon cask finished in Oloroso Sherry, the Redbreast is a delight on the nose with hints of caramel, toffee, dried fruits and subtle notes of coffee. A rich and oily texture on the palate developing into flavours of dried fruits, roasted nuts, and exotic spices. 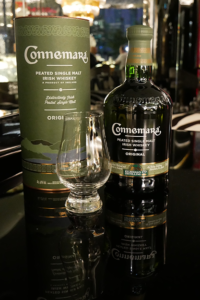 Anything peated is generally very well-liked by our members and many were excited to taste an Irish peated single malt. Although we thoroughly enjoyed the nose, the common consensus was the finish left a bit to be desired compared to more traditional peated scotches.

However, it did score higher than the previous drams with an overall 7.4.

An ex-bourbon cask whisky with a 40%ABV, the strong and delicious aromas of smoke and subtle dried fruits were particularly enticing. On the palate, the whisky is quite smooth with a touch of honey and malt, although short and limited on the follow-through. 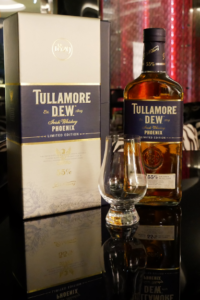 We saved the most anticipated whiskey of the evening and ultimately the best of the selection for the final tasting. As a limited release, we were all understandably excited to open this one. Coming in at the highest of the evening with 55%ABV, this dram fared really well with members and received higher appraise than most reviews and what was expected. The complexity of the flavours was beloved among most.

Overall scoring the highest of the night with an average score of 8 out of 10, we all particularly enjoyed this one.

Finished in Oloroso Sherry casks, there are bright aromas of spice followed by rich toffee and vanilla. There are also subtle hints of oak and sherry nuttiness. The higher ABV leaves tingles on the tongue in a spicy pot still style with gentle waves of caramel sweetness, floral notes and oak coming through on the finish with a lingering warmth.

That concludes our Irish selection and St. Patrick’s Day celebrations. Although most whiskey drinkers tend to turn to Scotch, there are definitely a growing number of Irish gems worth exploring across the pond.